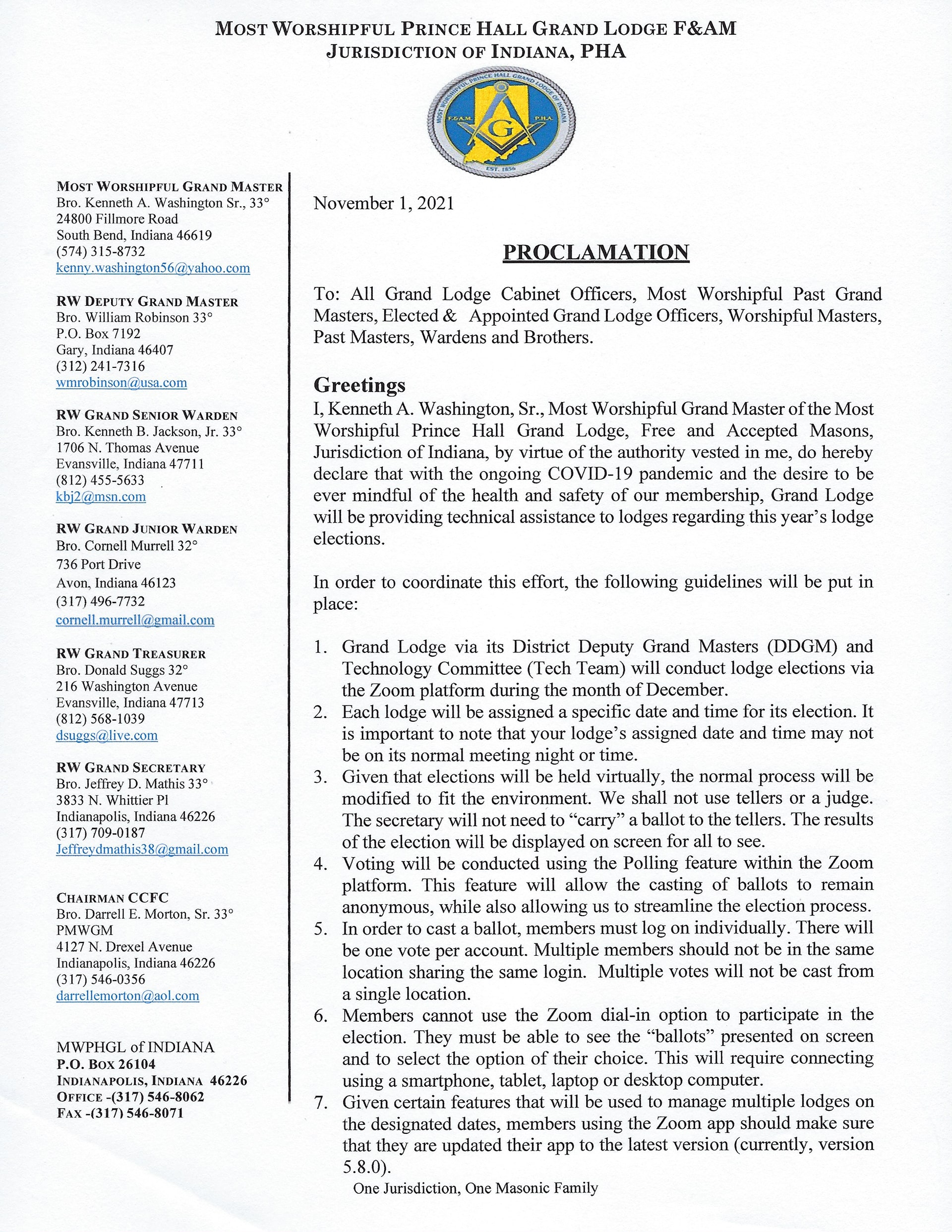 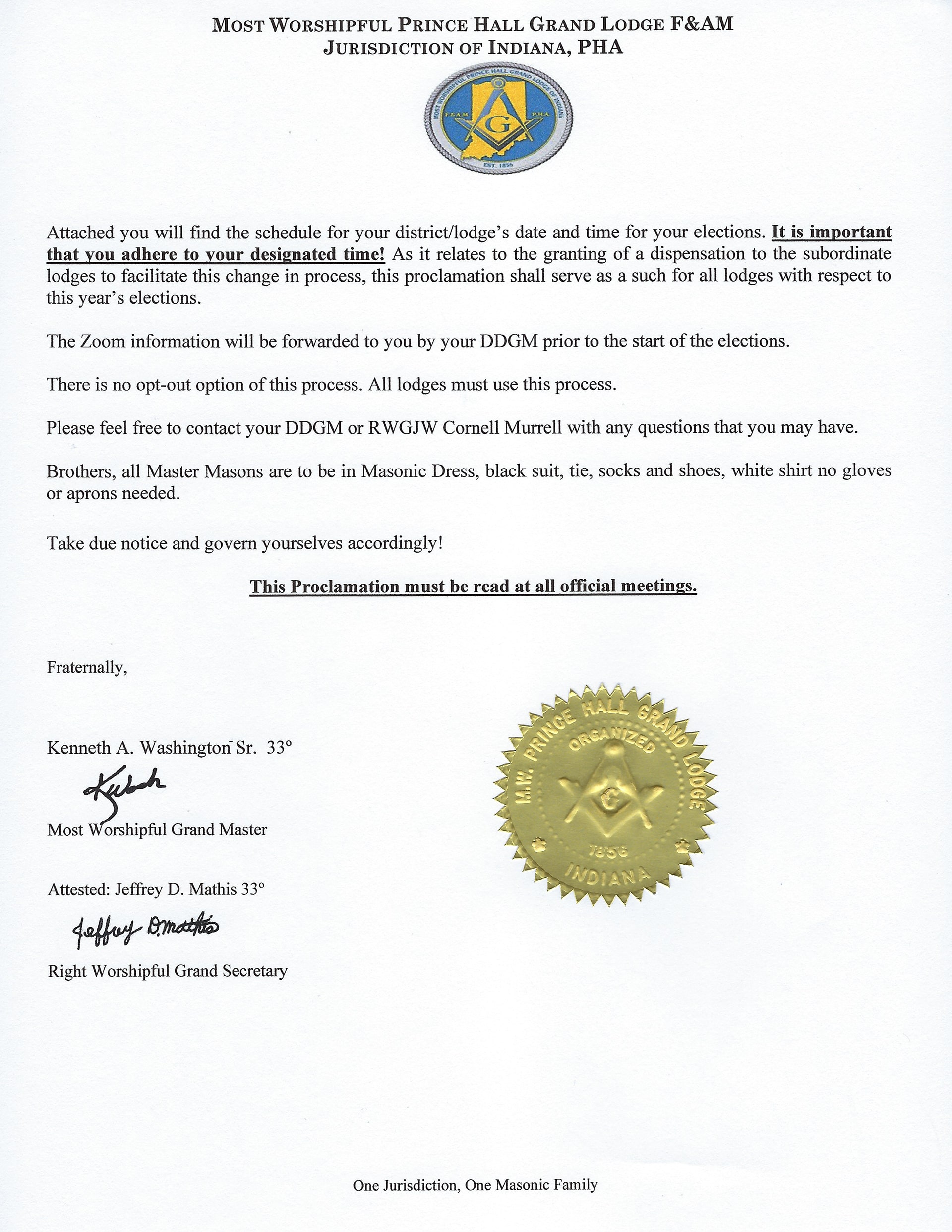 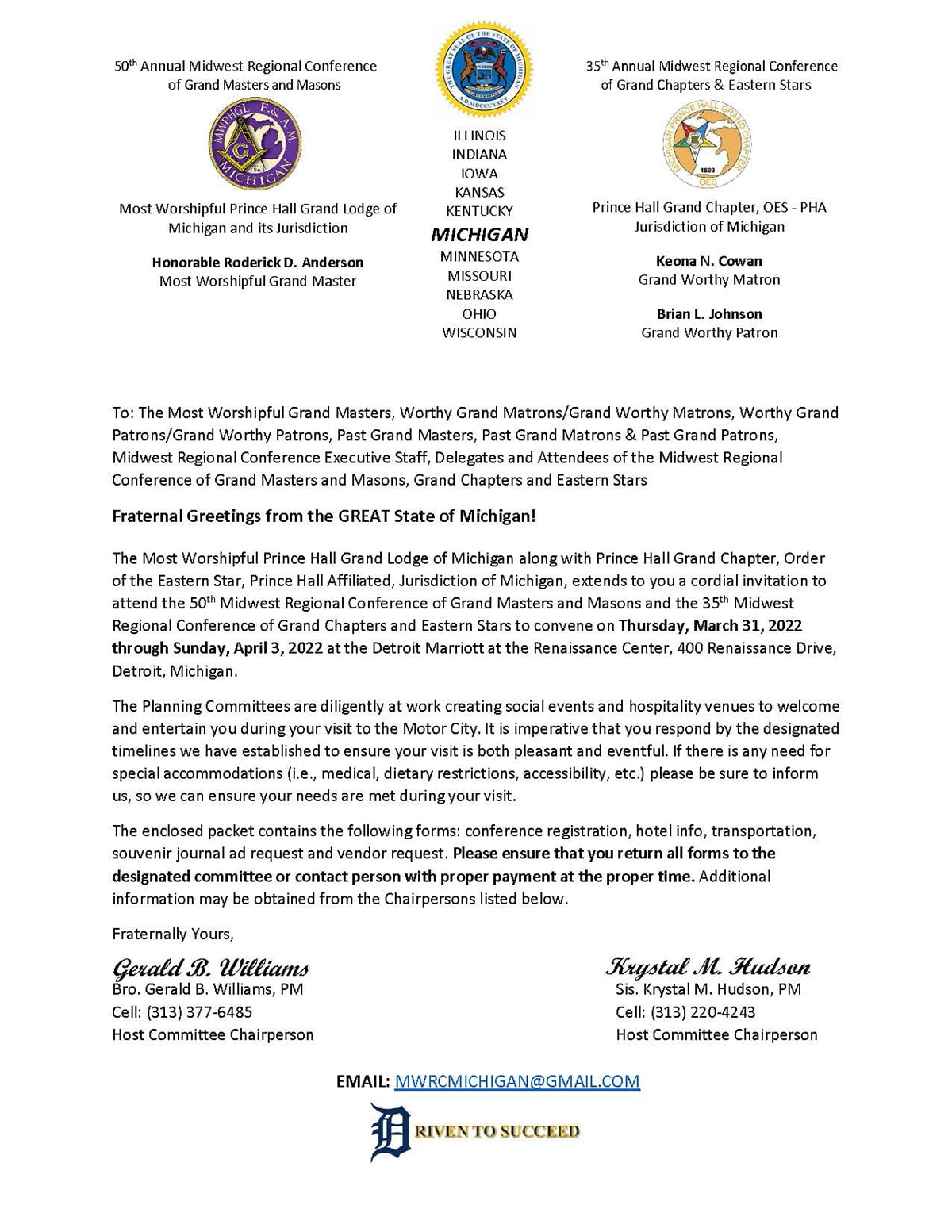 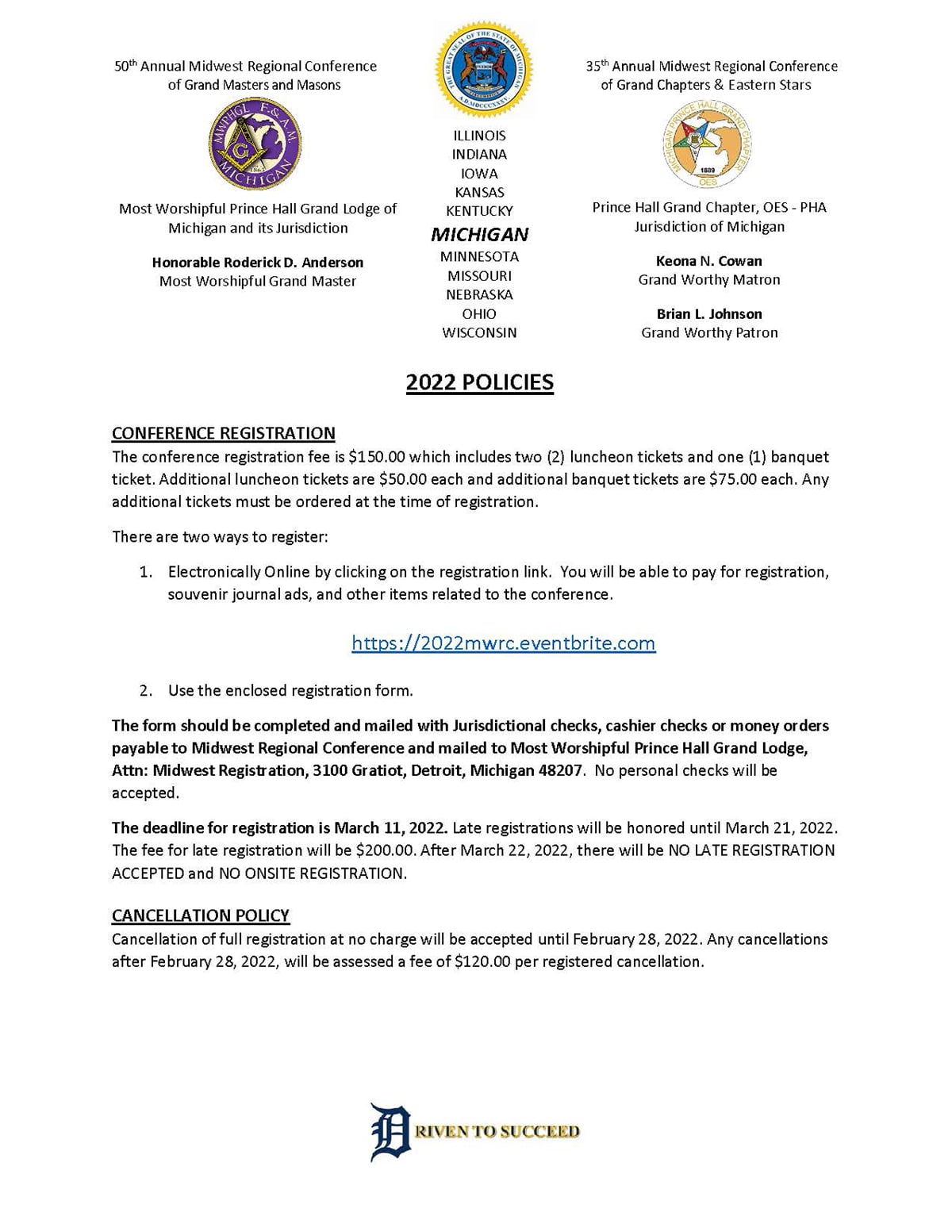 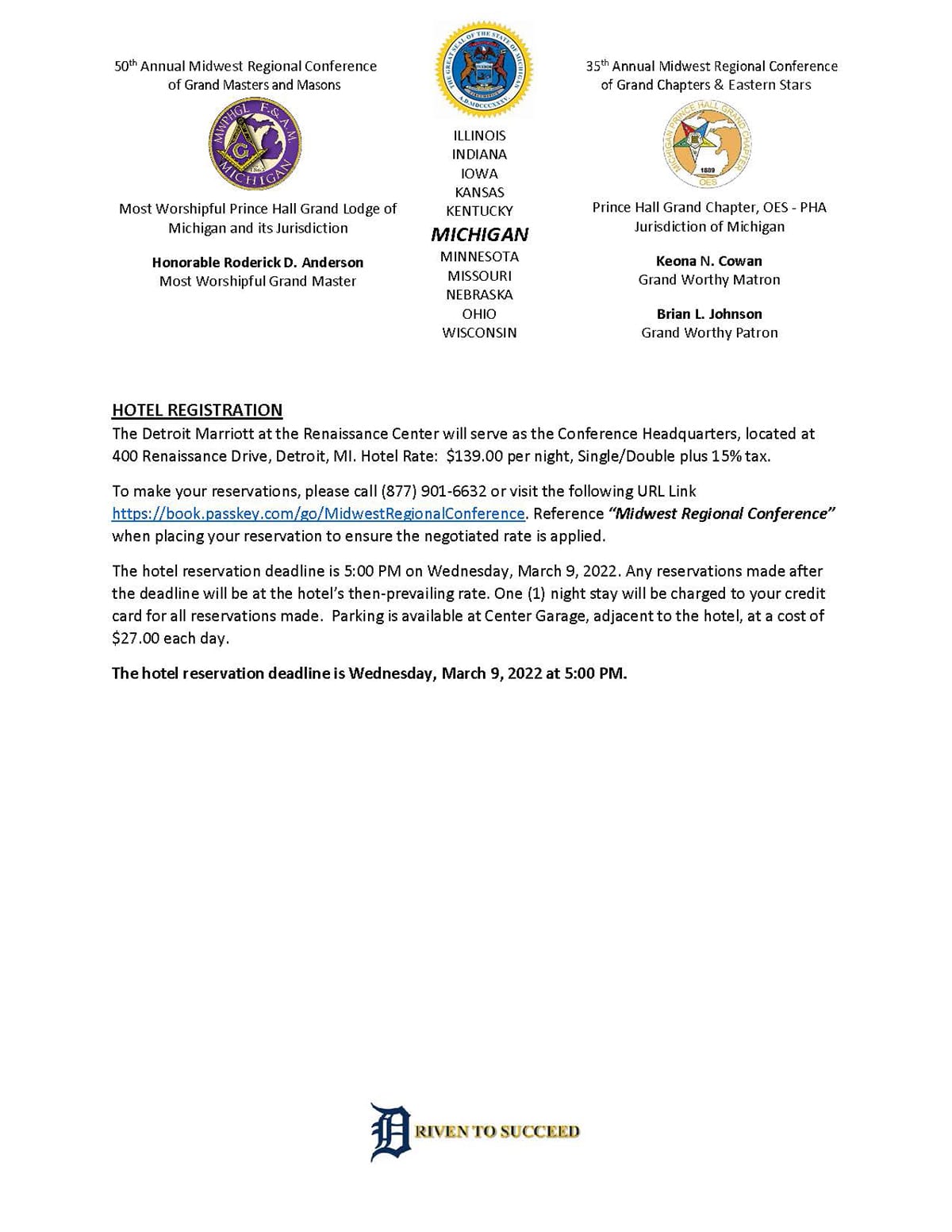 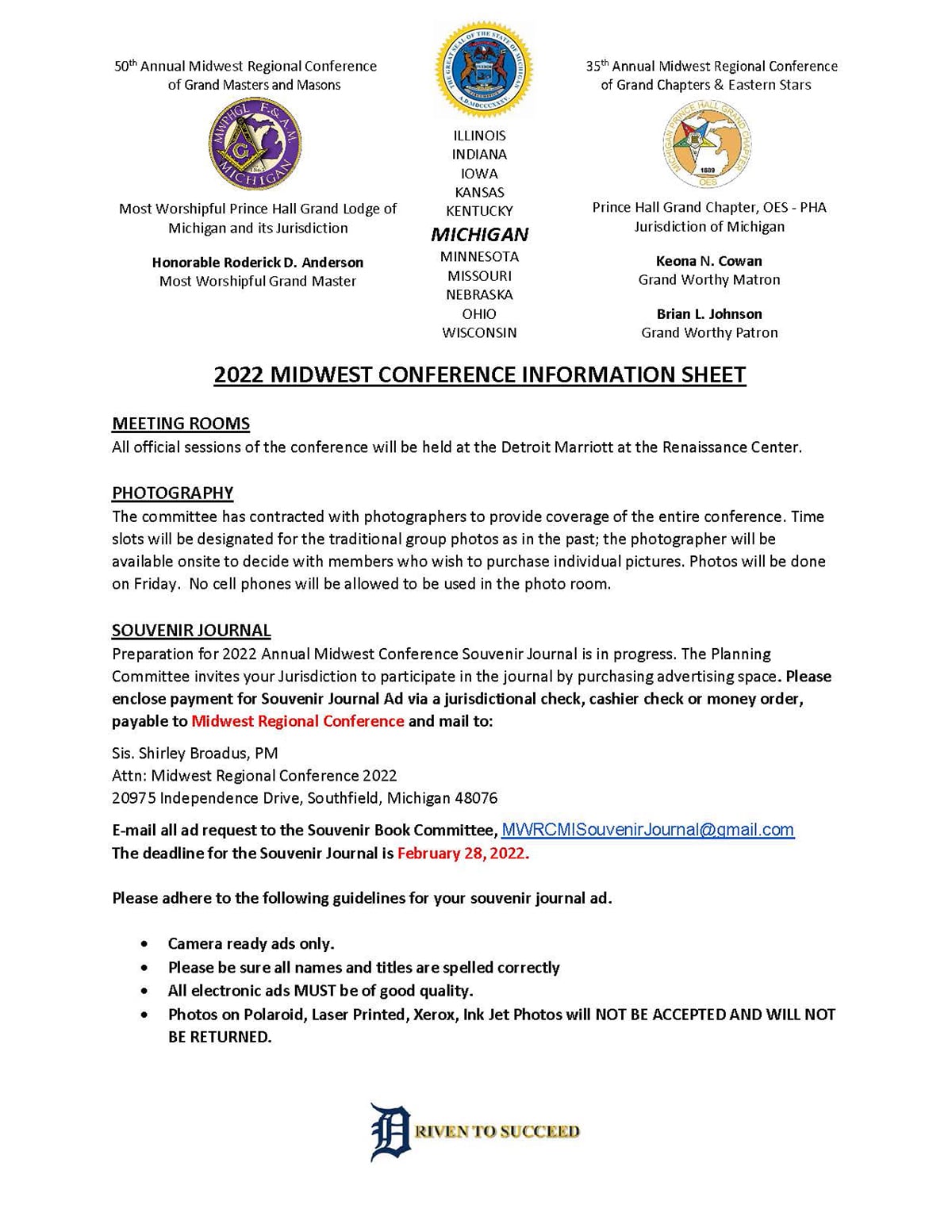 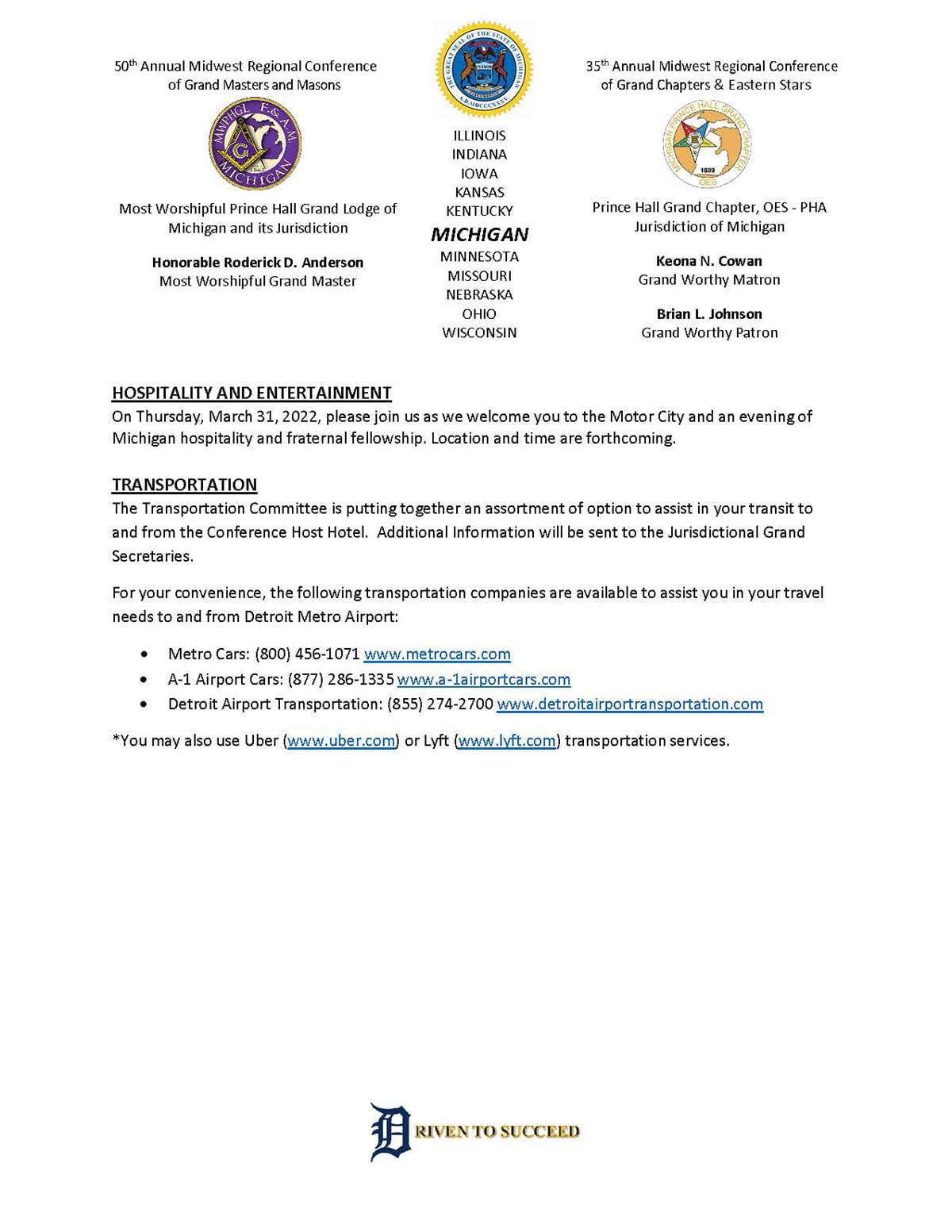 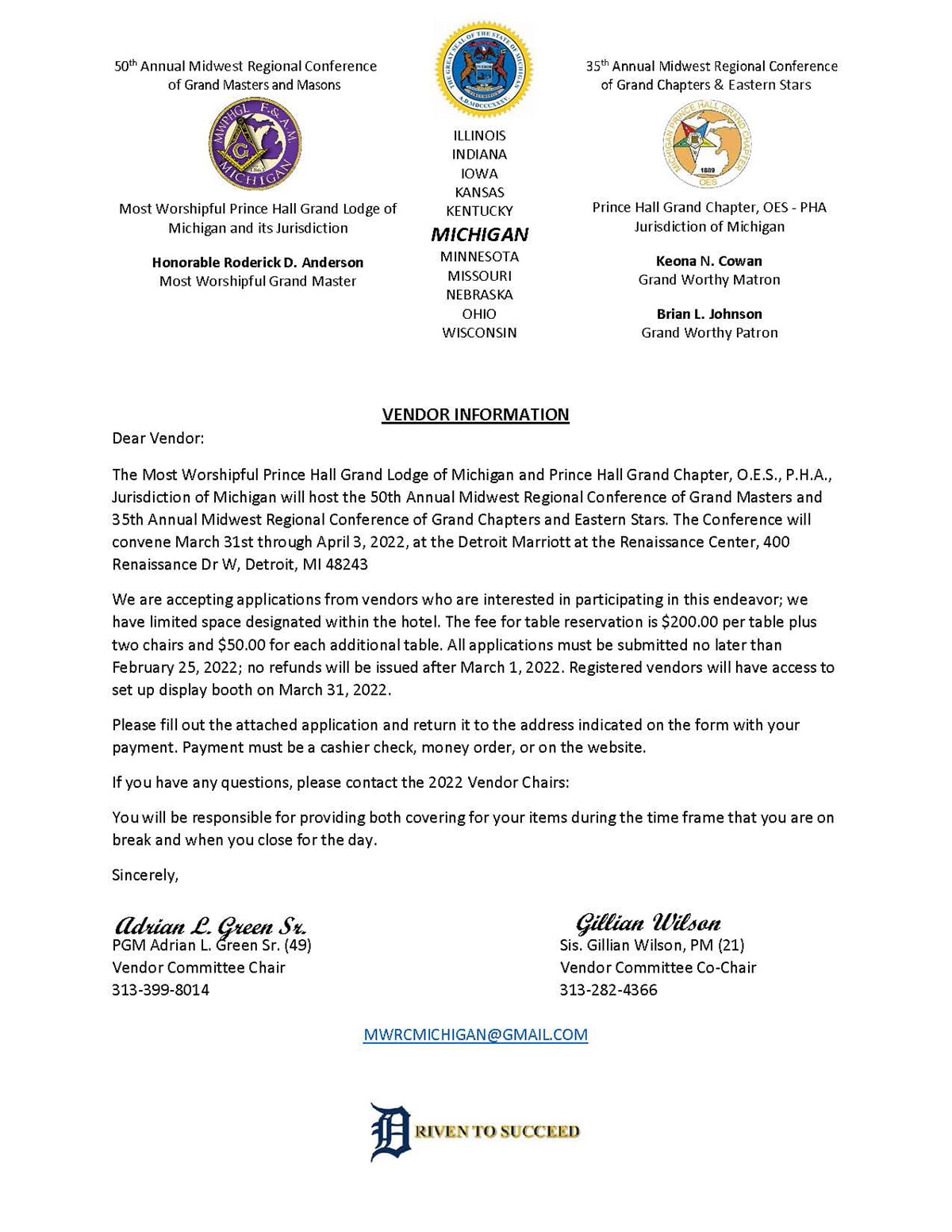 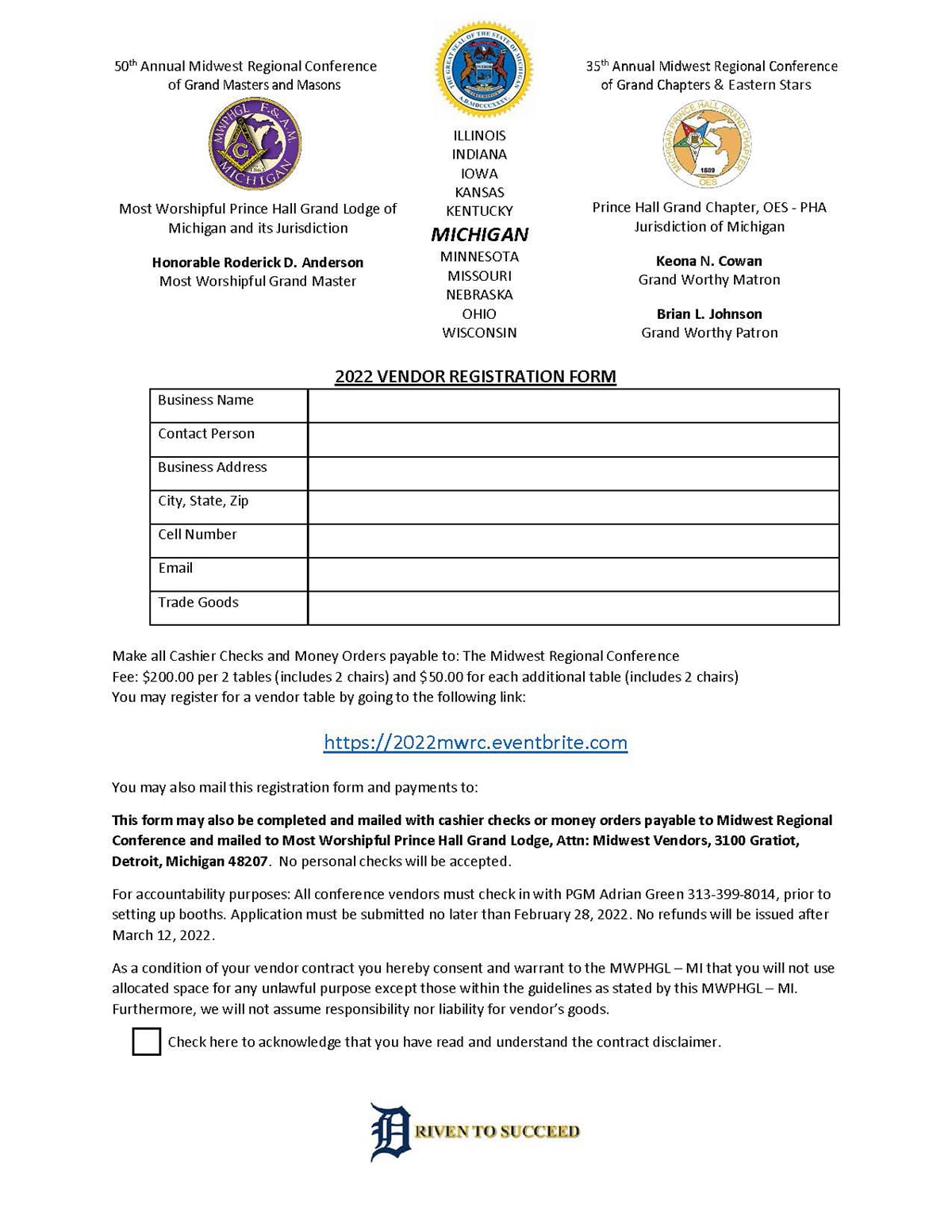 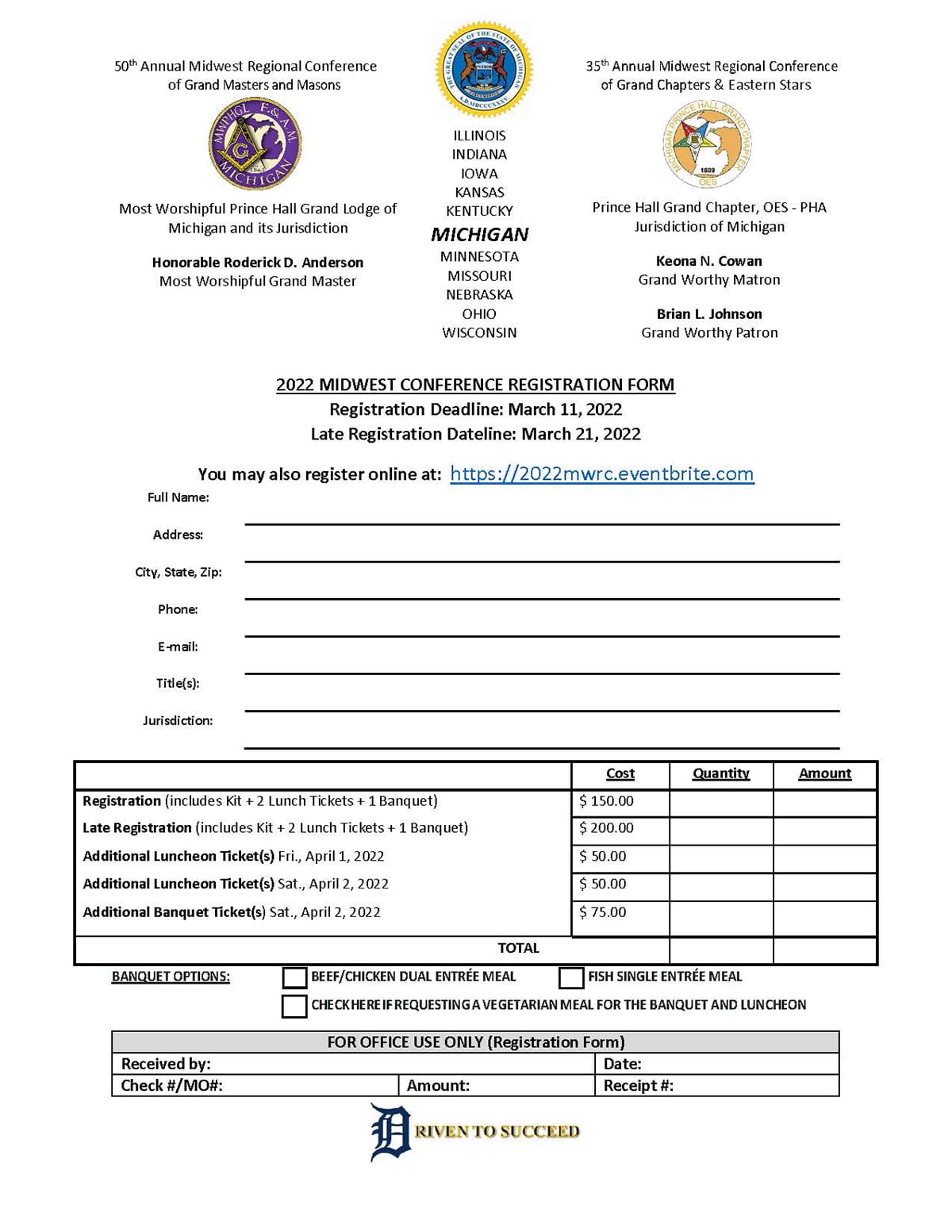 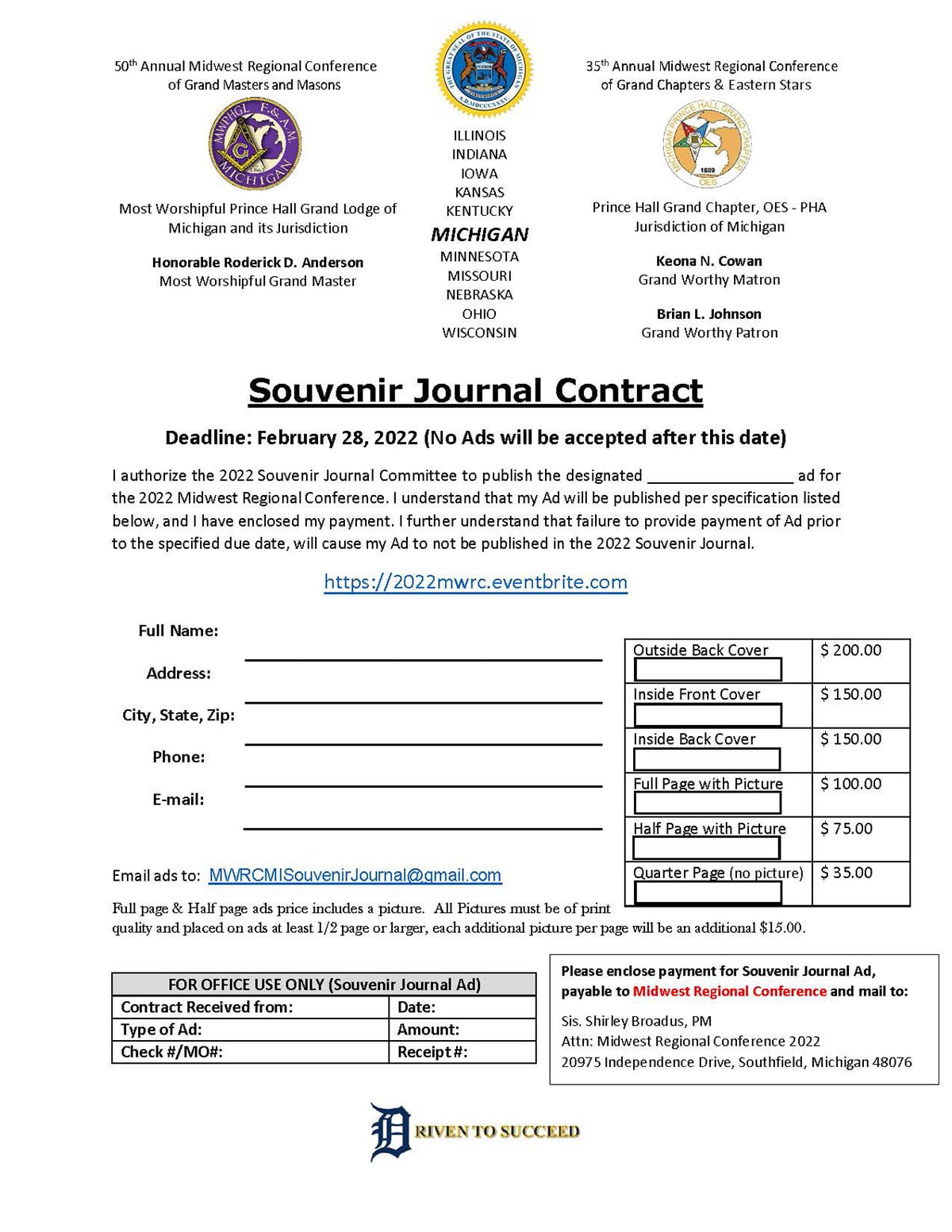 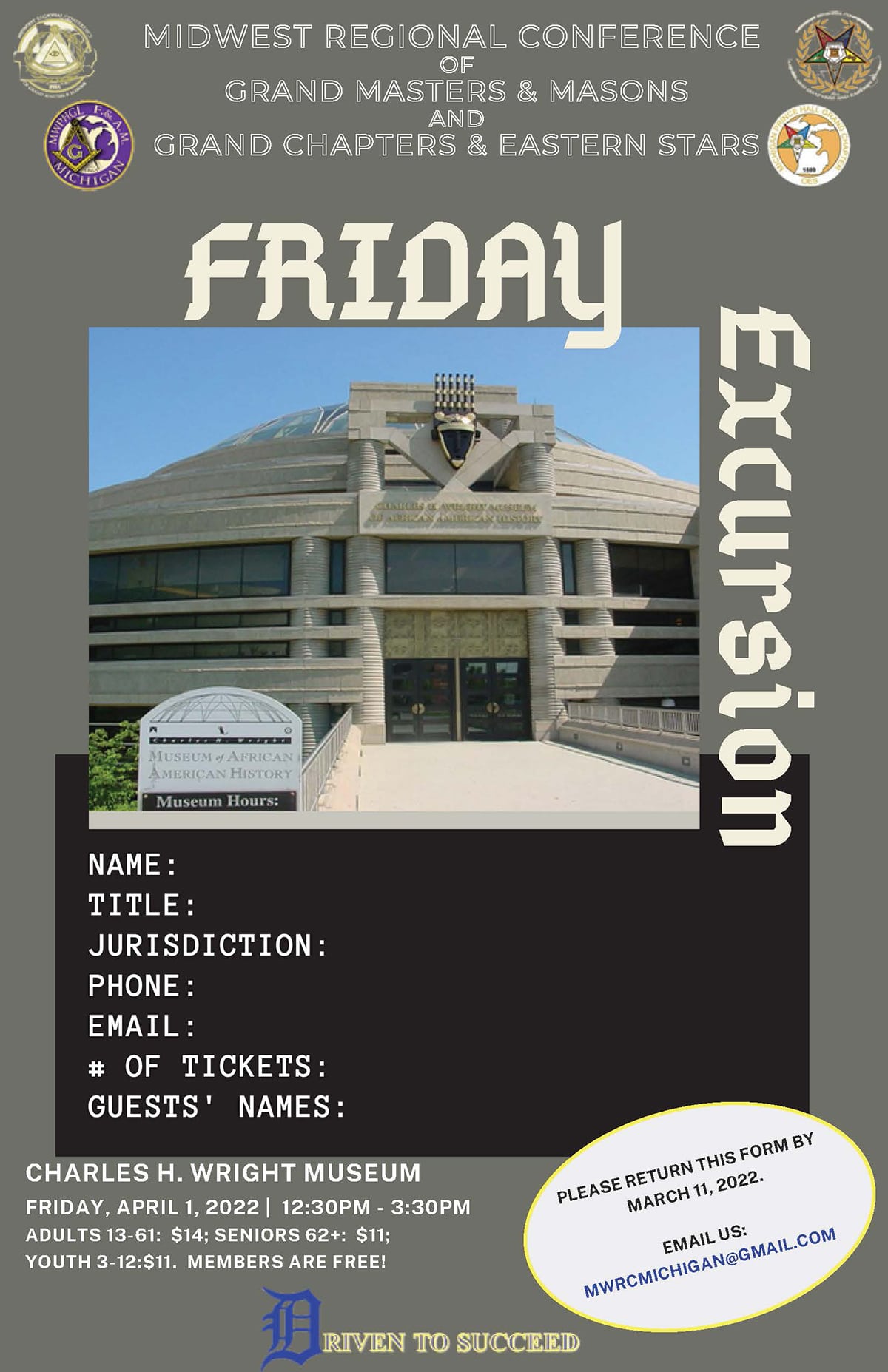 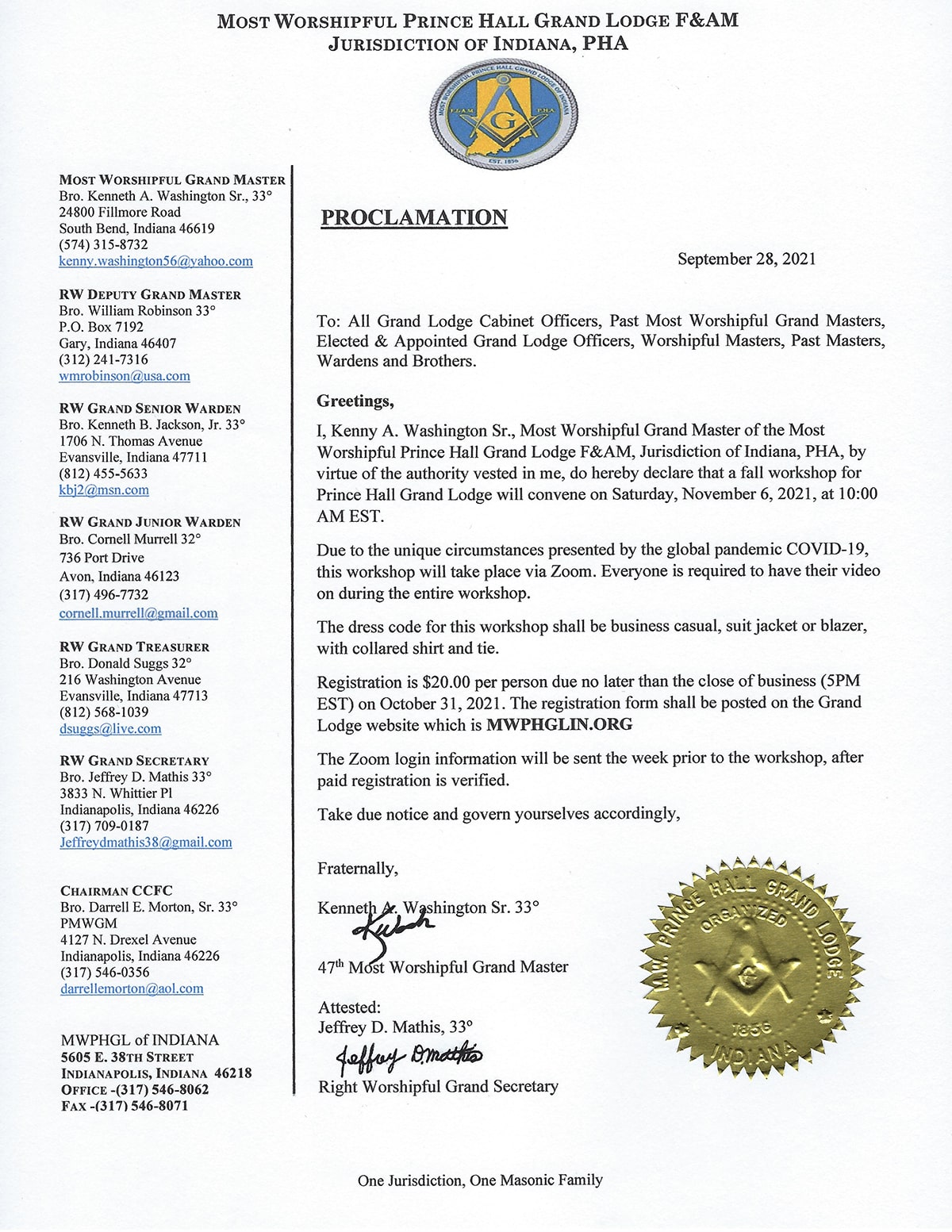 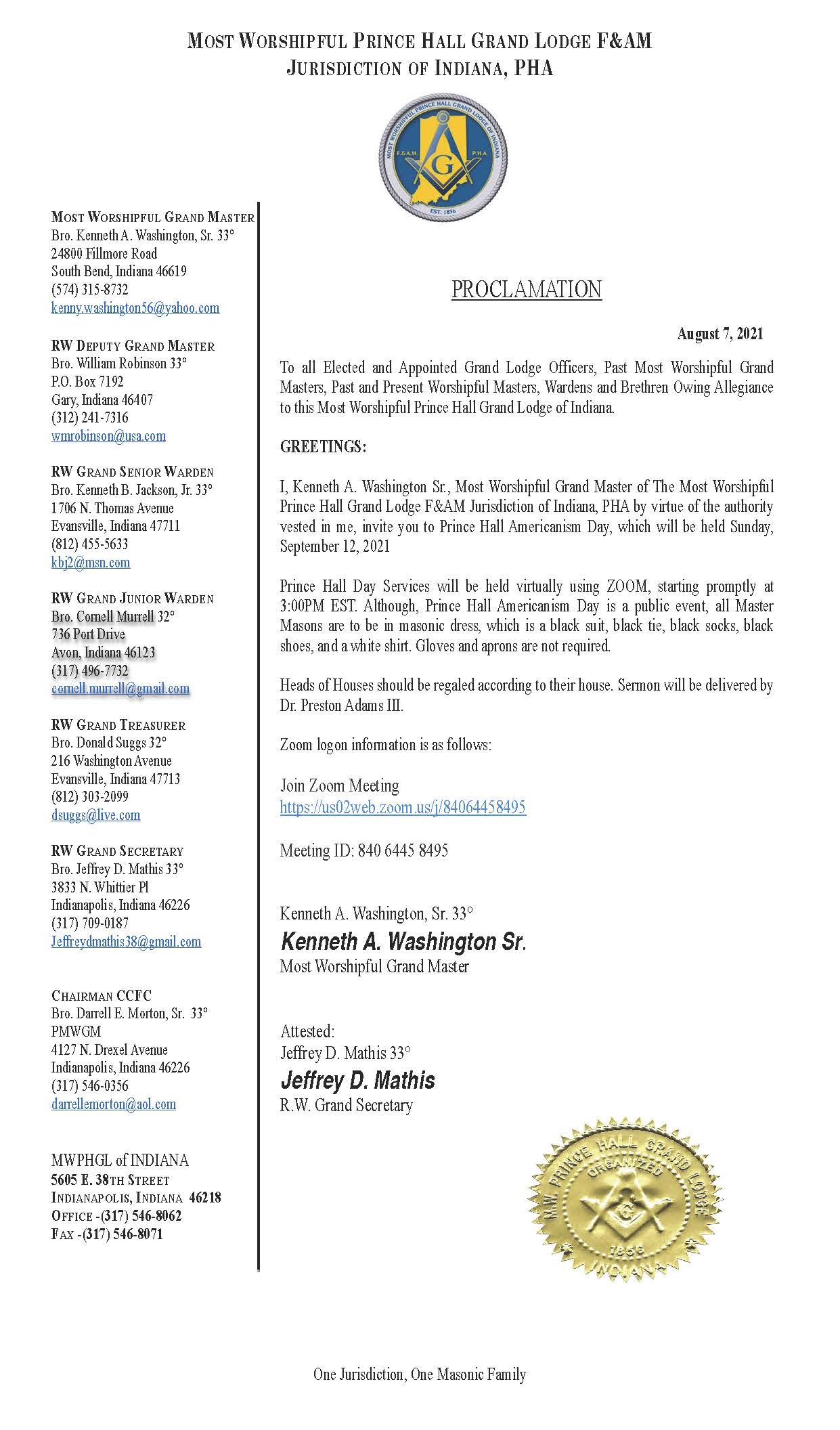 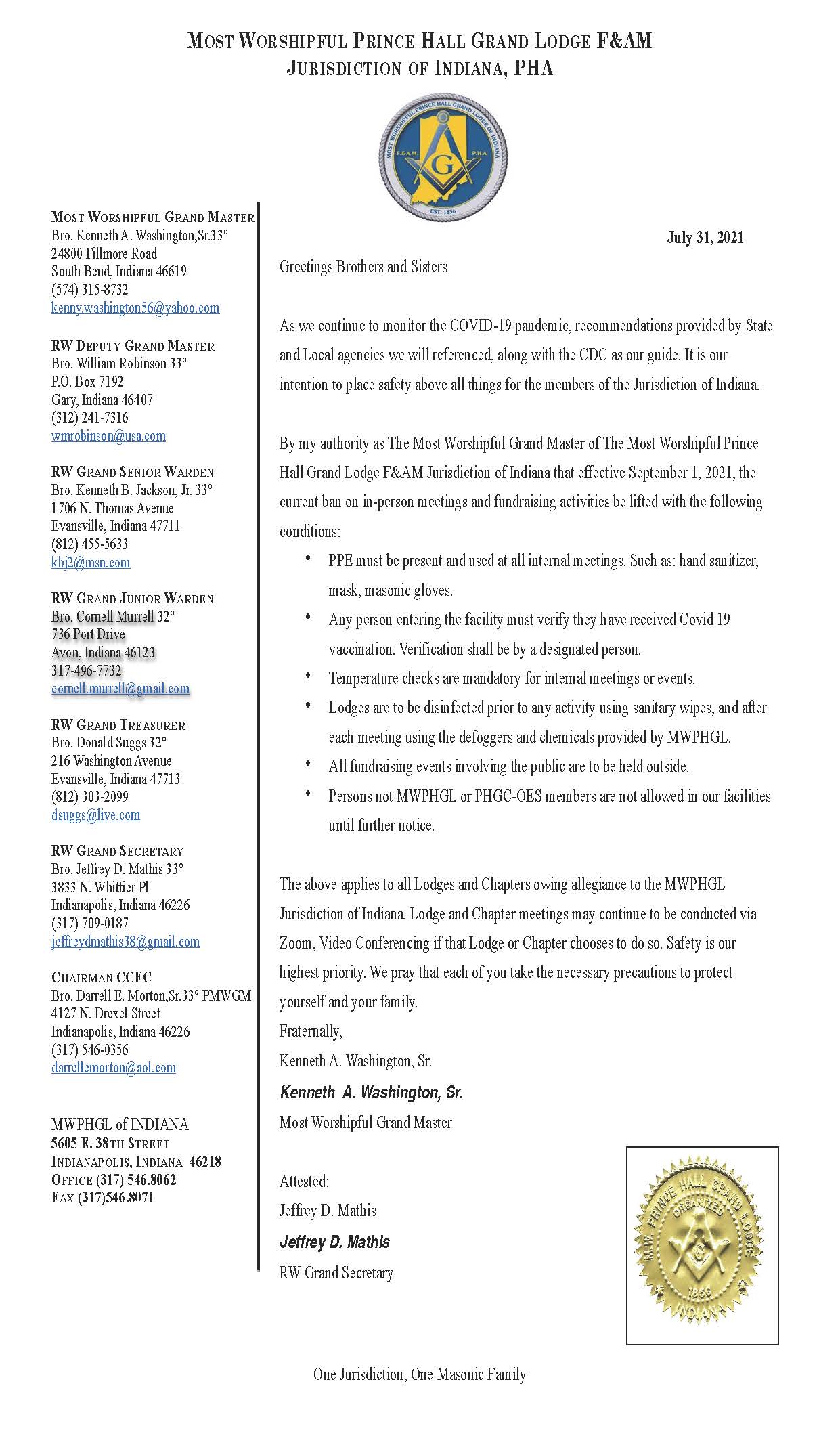 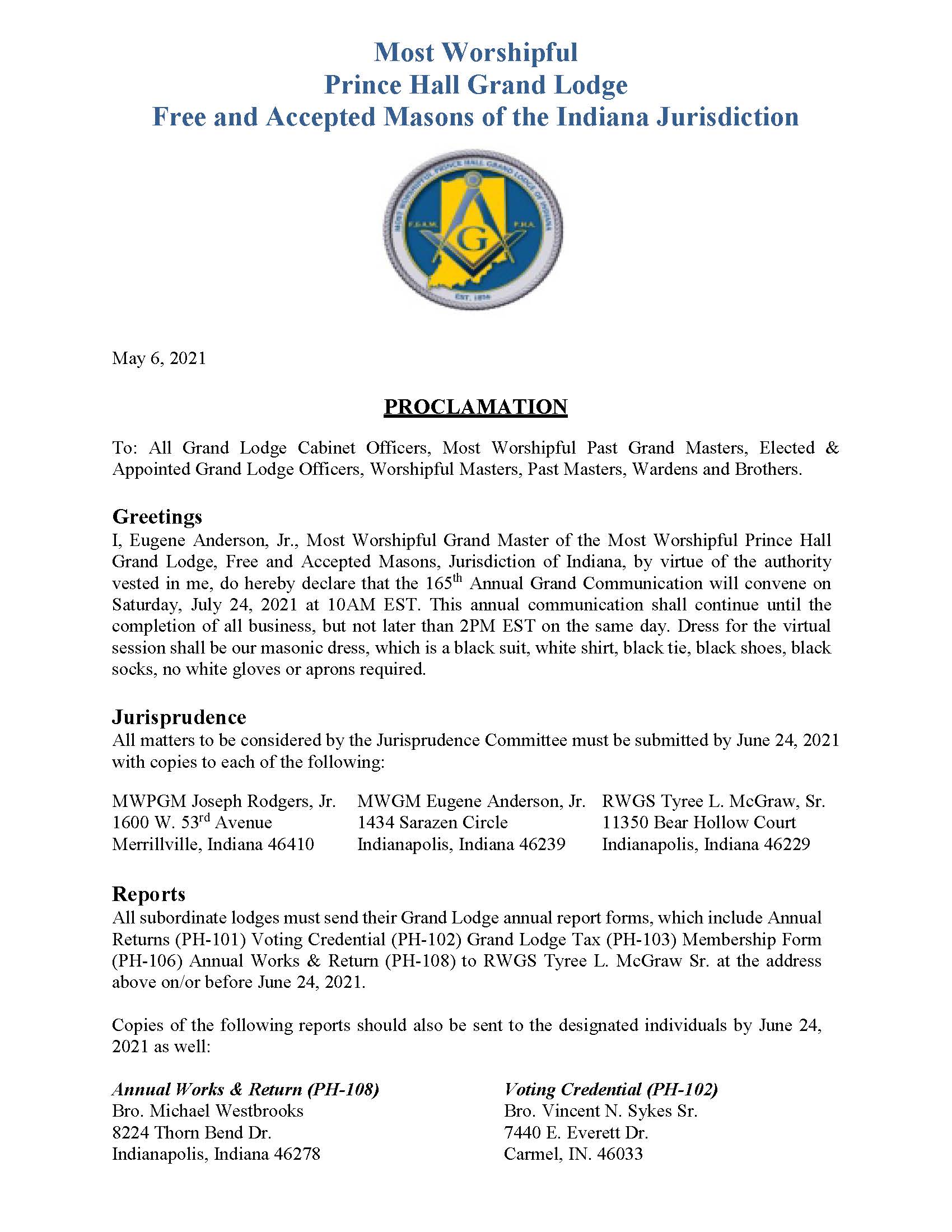 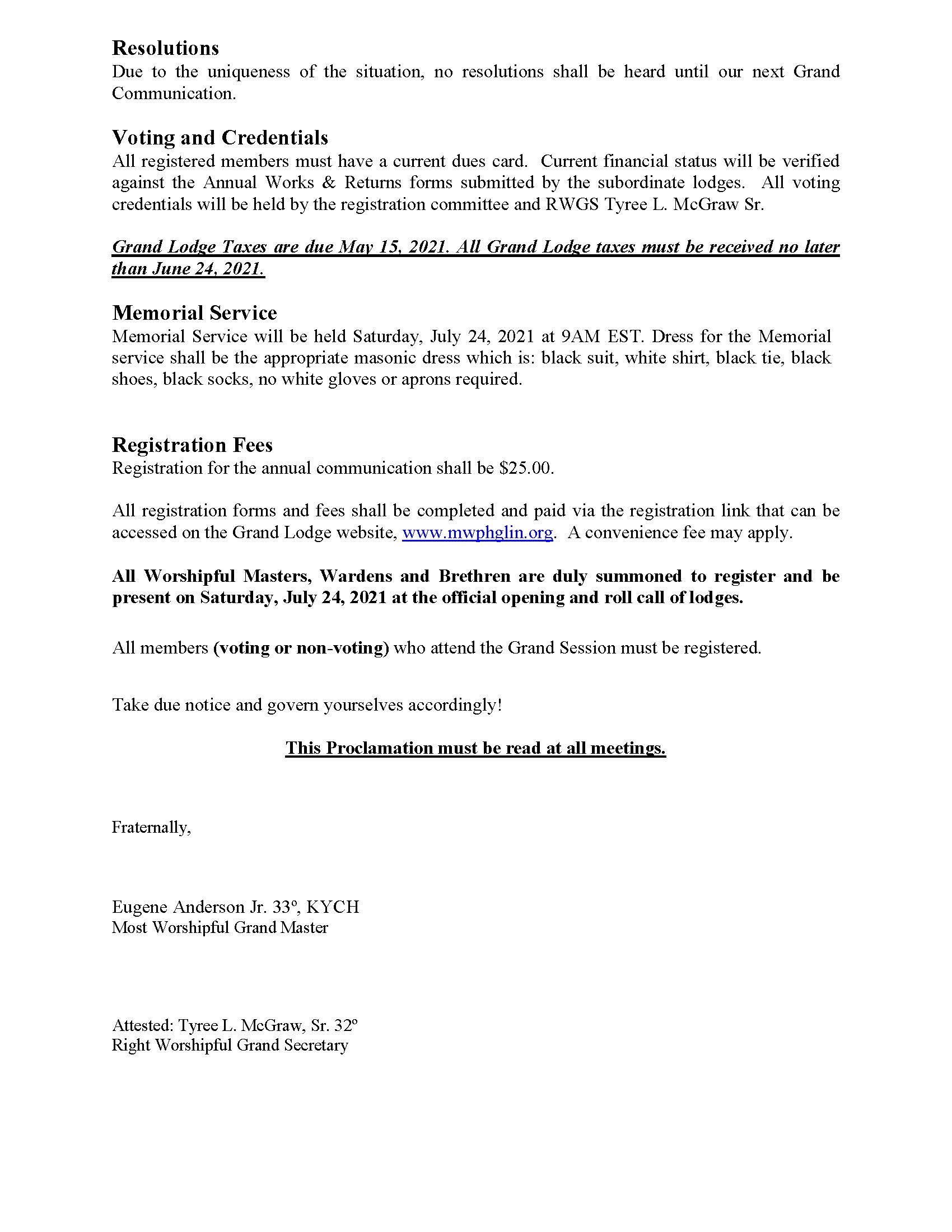 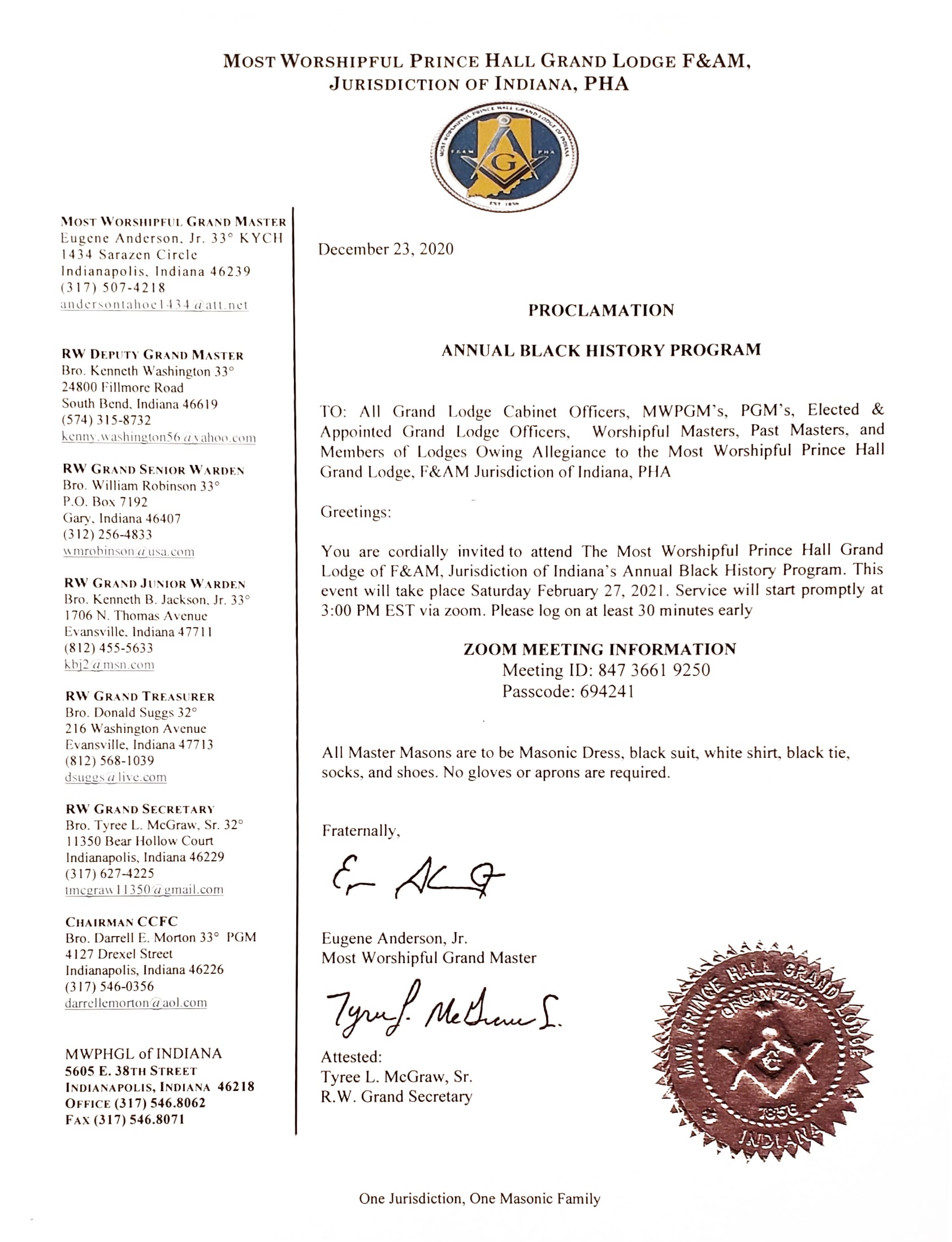 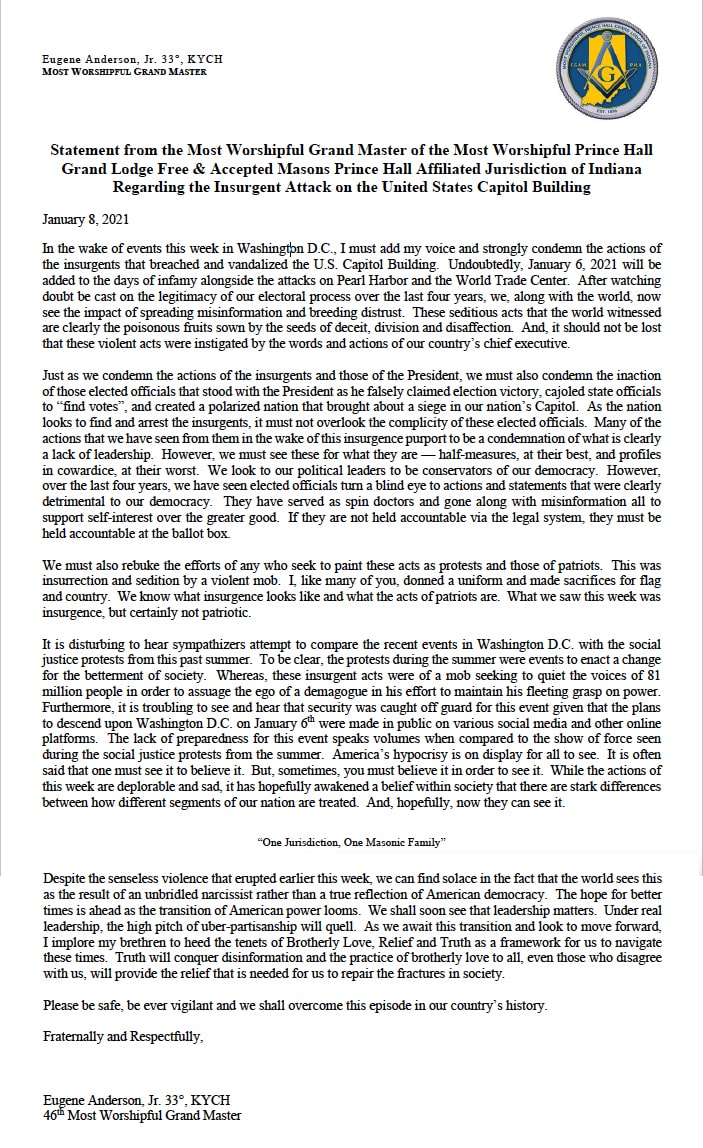 Today Grand Master Eugene Anderson Jr. made the following statement. Amid these unprecedented times, our nation has once again been shocked by the senseless killing of yet another Black person – George Floyd – at the hands of those charged with protecting us. Cities across the country and the world are erupting.  Our nation is deeply divided.  Leaders who should be bringing us together seem incapable of doing so.

On behalf of the Most Worshipful Prince Hall Grand Lodge of Indiana, we condemn the actions of law enforcement officials who have used their badges as licenses to kill. It has become a habit this is too often repeated that an African American is treated with less respect than others when confronted by law enforcement.  As Indiana Prince Hall Masons, we do believe that most police officers are good officers.  We count several among our membership.  We know that they take their jobs of protecting and serving seriously.  However, it is important to note that no person is above the law regardless of the uniform they wear.  Those who break the law must be held accountable. The repeated killings of people of color throughout the nation by police officers must end.

Furthermore, as Grand Master, I proclaim our support for Mr. Floyd’s family and the countless others who remain nameless and faceless that have died at the hands of police officers.  Mr. Floyd’s death comes on the heels of other recent incidents caught on camera.  It is sad that the unlawful killings of unarmed Black people by law enforcement and civilians alike over the years has persisted without any relief in sight.  These continued actions should stir outrage among all Americans. As John F. Kennedy famously said, “Those who make peaceful revolution impossible will make violent revolution inevitable.”  While those words were spoken almost 5 decades ago, they seem to prophetic for our political and civic leaders today.  While we understand the frustration that boiled over this weekend, we cannot condone some of the acts that we have witnessed.  We remind those that we can protest without damaging property or belongings. We cannot destroy our communities and hope that these acts will bring about change.  We have a very powerful tool that way too often gets ignored – the power of the ballot!  On this election day, we are encouraging all to take their frustration and energy and turn that towards showing up to the polling stations, encourage others to do the same.  Show our elected officials the true power of the voice of our communities.

Our prayers and hearts are with the family and friends of George Floyd, and anyone else, of conscience, who is struggling to come to grips with this shocking and unnecessary loss.  While we too mourn this loss, we refuse to remain silent and will continue to advocate for equal justice for the communities we represent.

As Master Masons we are taught to be good citizens in our communities. Part of being a good citizen includes being active in a positive way to help those who can no longer help themselves. As I conclude, I am reminded of the words of Dr. Martin Luther King Jr. that “injustice anywhere is a threat to justice everywhere.”  Let us take this time to stand for justice and righteousness and to be leaders in our community. May our Light shine and drive out the darkness in which we find ourselves and our communities.