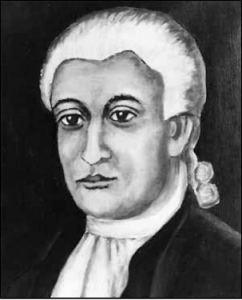 Introduction
Civic leader Prince Hall was the most famous black in the Boston area during the American
Revolution and through the turn of the nineteenth century. He was the founder and master of
the world’s first black Masonic lodge, African Lodge No. 459, which laid the basis for an
organization that continues to this day. Though apparently self-taught, he used his eloquenceto organize the black community politically on such issues as slavery, public education, and
economic equality.

Narrative Essay
Prince Hall’s parentage, birthplace, and date of birth are unknown, but he is believed to have
been born about 1735. Little is known of his personal life. The most widely circulated version of
his life, which originated in William H. Grimshaw’s 1903 book The Official History of
Freemasonry among the Colored People in North America, has been strongly discredited; but
most history books draw directly or indirectly from it for their own sketches of Hall. In truth,
almost nothing about Hall can be documented prior to 1770. Compounding the lack of
recorded information is the existence of other blacks named Prince Hall living in the Boston
area during this period.
The earliest mention of Hall’s name in a documented statement indicates that he was the slave
of a Boston leather-dresser named William Hall in the late 1740s. Prince Hall, consequently,
was taught leather crafting as a trade. During his servitude, he joined the Congregational
Church, School Street, Boston, in 1762 and married fellow slave Sarah Richie on November 2,
1763. The marriage ended with her death on an unrecorded date.
William Hall gave Prince Hall his freedom on April 9, 1770, as reward for 21 years of steadfast
service. A few months later, on August 22, he married Flora Gibbs of Gloucester, a small
seaside town northeast of Boston. They had one son, Prince Africanus, who was baptized on
November 14, 1784, at the New North Church, Boston. At some point in his life he may have
fathered a second son, Primus Hall, by a woman named Delia. Shortly after his marriage to
Gibbs, Prince Hall opened his own leather goods shop, The Golden Fleece, which became
successful. He also worked as a caterer.